An employee who fails to perform their role or duty satisfactorily should normally be placed on some sort of performance management.

The Employee Must Be Given a Warning

The Employee Must Be Given an Opportunity to Improve 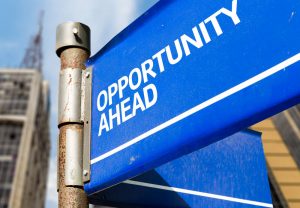 Remember, even if there is proof of unsatisfactory work and lack of improvement, the employer must still give the employee an opportunity to respond to any proposed reasons for dismissal BEFORE they are dismissed.

A sign maker began work as an apprentice at a signage company in 2002. He was then offered a permanent full-time employment as a sign installer. In 2012, the employee was promoted to the position of Production Manager and then in 2015, he was promoted to Key Account Manager. He was promised a car and a mobile phone to use in his role.

Prior to his promotion to Account Manager, the employee enjoyed flexible working hours to enable him to participate in the care of his disabled daughter. When he was promoted, his work required him to visit sites, provide quotes and handle customer accounts, thus reducing the time for his family. He had taken leave to undergo surgery and he had also suffered depression and anxiety.

The communication between the sign maker and his immediate superior deteriorated. At meetings, his superior addressed him with disrespect. At a sales meeting, his immediate supervisor yelled at the sales managers present that their sales performance was “s@!t”.

In June 2018, the Account Manager was given a warning letter concerning his unsatisfactory work performance and conduct toward one client. Despite having lost the business of that one client, the sign maker had not brought in new clients to replace the one he had lost. In a warning letter he was advised that if his performance did not improve, his employment may be terminated.

The employee was placed under performance management and his performance was scrutinised and was required to give weekly sales updates. Because of this, he filed a complaint for bullying against his immediate superior, alleging that the work environment had become toxic for him, but the management did not resolve this complaint. These factual circumstances led the Account Manager to ask if there would be a position for him at the company if he stepped away from his position in sales. Nothing specific was discussed and the sign maker continued in his position.

Before taking his annual leave in 2018, the Account Manager and his immediate supervisor discussed that instead of the truck he was promised, he would receive some other vehicle. His immediate supervisor proposed to pay him $36 hourly if he stepped away from his role as Key Account Manager and took on the role of tradesperson. They agreed to finalise the issue of his compensation in his new role when he returned from his annual leave. His immediate superior promised that his salary would be similar in rate to that of the production manager (a position he formerly held). He was promised that he would not be worse off  financially than when he was an account manager.

When he returned after his annual leave, he learned that the management had decided that he was to be paid an hourly rate of $36 but would still be required to perform some duties of Key Account Manager. He thought this was unfair since as Account Manager, he earned $90,000 but in his new role, he would earn only $71,000 annually. He protested that he should be paid more because he had been working for the signage company for 18 years, and despite his new role as tradesperson, he would still perform some of the Account Manager roles.

He also complained that he was given a sedan to drive even when he had been promised a dual cab utility vehicle so he could fit his tools. He refused to sign the new employment contract and filed an application for unfair dismissal with the Fair Work Commission alleging that the reduction in pay was a repudiation of his employment as account manager.

The FWC found that while the Account Manager explored the possibility of moving from the role of account manager to the role of a tradesperson, he had not unconditionally committed to transfer to the new role.  He was still negotiating the new terms of his contract and thus, the reduction in his pay was a unilateral decision on the part of the employer, which had the effect of dismissing the employee.

Just because the sign maker was considering alternatives to his present employment did not give the employer the right to move him to another role and pay him whatever they wanted to pay him. By offering a smaller pay, the signage company effectively “repudiated” (e.g reneged) his contract of employment.

There was no valid reason put forward by the signage company to renege the contract nor was there any valid reason to dismiss him that related to his alleged poor performance.

The Fair Work Commission found that being given a warning letter and being placed on performance management were not sufficient reasons to dismiss the employee.  The employee was not given an opportunity to try improve his performance before the dismissal.

The Fair Work Commission found that the signage company simply wanted to resolve a problematic situation but had no valid reasons to terminate the Account Manager’s employment. Even if it had valid reasons, he was not notified of those reasons nor was he given the opportunity to respond to any reason given for his dismissal.