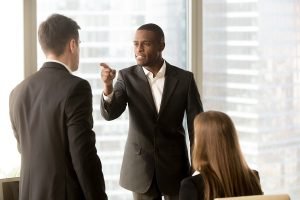 During his probationary period after he had worked for only a few weeks, a supplier of the data company saw him, recognised him, and informed his employer that the IT specialist had been convicted by a court in New Zealand for selling MDMA. He was sentenced to one-year home detention in 2011. Consequently, the IT specialist was dismissed from his employment and he filed an application for workplace discrimination with the Australian Human Rights Commission.

The only question was whether the termination of the employment of the IT specialist was an act of workplace discrimination.

For its part, the data company denied discriminating against the IT specialist. First, a security check was not a condition of his employment. Second, as he was still under probationary status, the employer was entitled to terminate his employment for any reason. Third, the company reviewed the specialist’s suitability and had serious concerns about his ability to perform the inherent requirements of the job. Fourth, it was not his criminal record that was the reason for his dismissal but the fact that he did not disclose it to the employer. This was inconsistent with the core values of the data company and its requirement that all its employees demonstrate high ethical standards. Failing to inform the employer of his past criminal record was dishonest conduct.

The AHRC still held that the specialist’s past criminal records formed part of the reason for his dismissal. It was only when the data company became aware of the past criminal record that it had concerns about his suitability for the role and his ability to perform the inherent requirements of the job. The AHRC ordered the data company to pay the IT specialist compensation in the amount of $5,000. AW v Data#3 Limited [2016] AusHRC 105